A  lot of casual race fans may not know much about Donnie Allison and his stellar racing career because throughout it he wasn’t much of talker, choosing instead to adopt the philosophy that his driving did his talking for him.

But over the years this once tight-lipped driver has become one of the most approachable, outgoing and insightful ambassadors the sport of auto racing in general — and NASCAR in particular — has ever seen, to the delight of fans and media members alike.

He has continued to stay extremely close to the sport since the close of his Winston Cup career in 1988, serving in the capacity of crew chief, confidant and advisor for many of the sports’ finest, including his late nephew Davey Allison, former Winston Cup driver and son-in-law Hut Stricklin and former crew chief and current TV analyst Larry McReynolds.

He has also worked closely with his sons Kenny, Ronald and Donald to help build their own business, the Allison Legacy Racing Series. He has helped his grandson, Taylor Stricklin, throughout his racing career, and he is currently helping guide the rising fortunes of his grandson, Justin Allison, as he seeks to write the next chapter of the Allison family legacy into the annals of NASCAR’s highest levels.

Donnie and his wife, Pat, live in Salisbury, N.C., surrounded in close proximity by all their children, including daughter Pam Stricklin, nine grandchildren, six grandchildren and their dog, Baby. 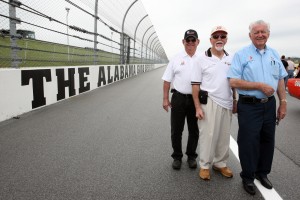 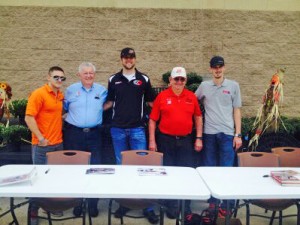