T hough he might not be as well known to casual race fans as many of his counterparts from NASCAR’s Golden Era of the 1960s and 1970s, Donnie Allison has had as much of an impact on shaping the sport itself as any of them.

Donnie, one third of the legendary “Alabama Gang” along with his brother, Bobby Allison, and famous short-track driver “Red” Farmer, first burst onto the auto racing scene in the early 1960s when the trio of talented drivers left their home base in Miami, Fla., and came north to take the “Heart of Dixie” state and those surrounding it by storm. Once they were firmly grounded in Hueytown, Ala., they went on to dominate tracks of all sorts across the Southeast, winning hundreds of races — often sweeping the top three spots in the process — to the delight of promoters and the disgust of fellow drivers everywhere.

Then in the mid 1960s, the lure of NASCAR’s top division, the Grand National circuit, drew in Donnie and Bobby on a regular basis and from there their racing paths took separate routes. Bobby went on to officially post 84 NASCAR Grand National/Winston Cup wins over a 25-year career, while Donnie was often the “other Allison” that most NASCAR fans had heard of but didn’t know much about.

Only true students of racing history might know that Donnie was the 1967 NASCAR Grand National Series Rookie of the Year. Or that he won 10 races and 17 pole positions at NASCAR’s highest level. Or that he started in the top 10 in 67 percent of the Grand National/Winston Cup races he ran in his career and finished in the top 10 in 47 percent of those races — including top-five finishes in 32 percent. Or that in the five times the Allison brothers ran 1-2 in their career, it was Donnie ahead at the checkers in four of those races. 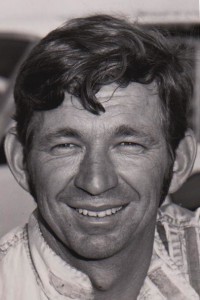 Click here to read about the defining moment of Donnie’s Career.